We often hear about “safe sex” however, rarely do we hear about “safe sex” in the context of National Security. “Honey Pots” are real, but that doesn’t mean one is or has to be a spy in order to hear or see something that is classified. It also doesn’t mean that a secret relationship can’t have some emotional merit of its own outside of any other agenda real or imagined. What it does mean is we are susceptible from a myriad of angles.

Sex is a powerful and pervasive drug regardless of whether it’s illicit or not. It holds a power of persuasion over even the sanest of minds  and can be used for no good. It can spark even the most careful and conscientious soul into a consensual atmosphere of smoldering lapses in judgment, decreased decorum – including that of the tongue, and feelings of real omnipotence. The fear of getting caught is outweighed by the belief they won’t.

Attraction breeds desire and desire, it seems for so many, breeds stupidity. The latest case of sexual stupidity happened in Brazil where 28 female inmates of a Nova Mutum public jail, near Cuiaba, were able to escape after 3 of the women donned naughty cop costumes and allegedly seduced the wardens which enabled the great escape. Some of the wardens were found hand-cuffed and naked inside the jail. A perfectly executed “honeytrap”. 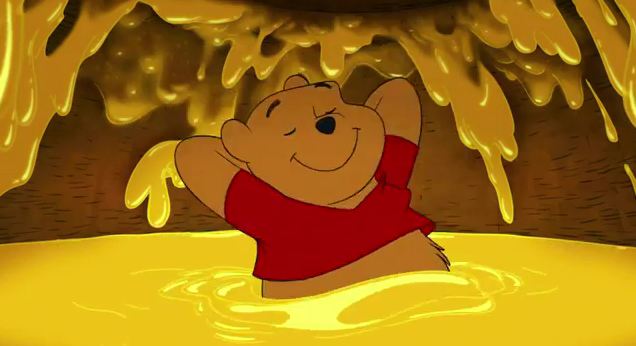 A honeypot or honeytrap is a person who uses their wiles to ascertain certain information or favors or even to create certain situations from men or women of power. In other words, honeypots are sexual lures. Honeypots are often used as spies by governments around the world. They even have their own version of “pimps”, like Marcus Wolf.

Sex and seduction used for espionage purposes goes way back. Biblical figures, Delilah and Judith, are the first honeypots in recorded history although it’s almost certain others came before them. Judith seduced and then assassinated the enemy commander Holofernes and Delilah of course seduced Samson to get him to reveal the secret of his hair.

Mata Hari and Peggy Shippen were both alleged ‘honeypots’ as well. And in more recent history; in the 1980’s US Embassy guard in Moscow Native American US Marine, Clayton J. Lonetree, was seduced by a female KGB operative who was working at the US Embassy as a translator; in 1986 Israeli nuclear technician Mordechai Vanunu  was picked-up by American born Israeli, Cheryl Hanin, aka “Cindy” the Mossad agent while buying cigarrettes; in 2006 it was disclosed the British Defence Attaché in Islamabad had been having an affair with a female Pakistani intelligence agent; in 2011, one of Gordon Brown’s aides, a senior official, was the victim of a honeytrap on an official trip to China with the Prime Minister; in 2012, self-made socialite, Jill Kelley, with an unknown agenda of her own, was able to get close enough to top officials like former CIA Director then General David Patraeus and General John Allen, the commander of US troops in Afghanistan. I could go on, but you get the point that sexual lures are nothing new nor are these a small handful of isolated incidents.

Whether a target is married or not; whether they are male or female; the honeypot has an agenda. Of course, as was the case in Brazil, the agenda doesn’t have to be about National Security and in some cases it is just about sex, but what of the real honeypot or the lover turned sour? Our nations leaders have shown decade after decade that they can ill maintain the weight of their own zippers let alone that of the world’s diplomacy.

High-profile sex scandals like that of the once heralded General and former CIA Director, David Patraeus,  is a good example of what may really be nothing more than an affair however, Patraeus’ dubious judgement is still in question two-fold; one, he broke vows with his long-time wife and two, his relationship and support of socialite honeypot Jill Kelley. It seems these sexual indiscretions are a dime a dozen these days and many have shrugged them off just as media “distractions” the same way they did with Schwarzenegger, Congressman Wiener, the Secret Service, Brett McGurk, and many others.

People who think “it doesn’t matter” clearly have not thought it through.

Let’s talk about the ramifications of good sex, and I mean down and dirty hot freakin’ sex. Think back to that time, with that woman (or man), that blushing secret arousal and its anticipatory, heart racing need. Mmm hmm, that constant “distraction” of desire and attraction, we’ve all been there. Maybe you don’t need to think back. Maybe you have someone right now. You know, that person you cannot stop thinking about no matter what’s going on, no matter who you are already attached to. All the e-mails, texts, and calls during work hours shuffled between meetings – sometimes using work provided equipment, and then there’s the sneaking around later just to say hi after you’re home in the evenings and on weekends. The intoxication of those stolen glances above the heads of — or ignored by, those around you.

Why would anyone make the assumption that any of these men (or women) involved in sex scandals could not or would not have jeopardized any mission or information to which they were responsible for? Why not? They participated in the affairs fully understanding the consequences of their actions. Sometimes drugs and or alcohol have been involved. They knew there would be a ripple effect of repercussions politically, martially, and career wise if they were discovered.

How can there be any assumption that “poor judgment” only played out in their pants when we know what a mind fuck desire can be?

How many decisions are made by those who are only partially paying attention? How many people die because of those decisions? How many important meetings were fantasized through? How many of our tax dollars have been spent to cultivate and hide illicit relationships in and out of Washington? And why in the hell is it the “other” person’s fault instead of the fault of those who perpetrate the offenses while breaking oaths and vows?

Remember, these are people whom we elect or otherwise select as well as financially support. The people we have willfully given and entrusted power to are doing us a disservice and guess what? It does matter who they’re fucking.

Please check out other articles published by Challenging the Rhetoric contributors:

8 responses to “Sex and [National] InSecurity”