In a rather boring Oscar Awards presentation this year, there were a few redeemable moments. Lady Gaga’s medly of songs from The Sound of Music was amazing; proving that she could perform and deliver the old pop standards like pro! The performance of Glory by John Legend and Common, voted the best song from the movie Selma, had an incredible set and brought a lot of emotion and tears. And, ironically, the acceptance speech was relevant to now. The clothes were just OK [meh] and the Red Carpet preliminaries were fun to watch, but all in all, little to get excited about … except …

In a tribute to whistle blowers everywhere, Laura Poitras gave a short resounding thank you to the Academy after Citizenfour’s climactic win for best feature documentary on Sunday night in Los Angeles. She mentioned the threat to our privacy pointing out our own democracy is at stake. She shared the award with Glenn Greenwald and other journalists who continue to expose the truth even as it endangers their lives.

It is significant to us as Americans that this film was even permitted to be made, let alone promoted, released to theaters and as of this writing has grossed almost $3 million dollars globally. The topic of domestic spying in America is not going to go away any time soon and it shouldn’t. Hopefully the success of Citzenfour will open more eyes to our diminishing privacies.

Perhaps in an attempt at sincere feminism, actress Patricia Arquette thanked the Academy for her win as best supporting actress. But she also tacked on the following: “It’s our time to have wage equality once and for all and equal rights for women in the United States of America.” Then she was cheered on by the other women in the audience; the most notable on the TV screen were Meryl Streep and Jennifer Lopez.

What has not been noted anywhere is that the Equal Rights Amendment (ERA) is not the law of the land because it has not been ratified in 15 states. American women make 78 cents to every man’s dollar. Why are these women of the 1% with lots of disposable money not helping the activists working in the trenches to make equal rights for women a law? Equal pay is just part of the equal rights issue. These women certainly do not know what poor women experience while trying to raise children on their own. These comments by Patricia Arquette were nothing more than lip service. It takes money to make laws and ballot initiatives. Women in this country need help to do that and sincere support along with financial backing.

Let these very rich, powerful and privileged women cough up some bucks and then tell real true activists and feminists that they will help get the Equal Rights Amendment ratified in every state and will work together until this job is done. Then this writer will believe the fake feminist women in the entertainment industry are sincere. It takes much more than just a few words in front of a mike. 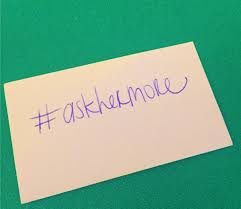 However, real feminism was displayed on the Red Carpet before the Awards Ceremony and after. The topic was also trending on Twitter. The #askhermore campaign has already been happening throughout several awards ceremonies this year. This campaign focuses on the media asking the female attendees more than just the shallow question: “Who are you wearing?” with other questions that do not focus on women’s looks or attire. Such as: “What woman has inspired you and your career?” for example. After all, women are more than just a dress and a glittering splay of gems! The hashtag was first used two years ago. Amy Poehler’s Smart Girls continued this trend through this year’s awards ceremonies. Let’s make this happen at each and every ceremony and branch out everywhere! Now this is REAL FEMINISM, ladies!

4 responses to “The Politics of “Oscar””