After being arrested on Federal Conspiracy charges, Malheur Refuge armed militant, Ammon Bundy, tried to dazzle the court by backpedaling on all he had said in and on social media about his armed takeover of the wildlife refuge outside of Burns, Oregon.

At no time has the Oregon Standoff been a ‘peaceful protest’ as Bundy claims, nor was it meant to be a protest at all according to Bundy himself in an Oregon KATU news interview prior to the arrests. He clearly said this was not a “protest” at all.

Bundy arrived in Burns, Oregon armed with a flotilla of other armed militia members; some were partners in his last 2014 Bundy ranch standoff. They all came with guns and ammo and made it very clear they would not relinquish the refuge to anyone but “The People” of Harney, County.

Ammon Bundy, you are the Liar of The Week on Challenging the Rhetoric. Your own mouth paired with social media bit your lying ass. Now, let’s see what the Federal Judge has for ya. 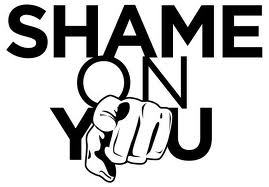 12 responses to “LIAR OF THE WEEK: Ammon Bundy for “Peaceful Protest” Lie”