A handful of co-defendants in both the Oregon and Nevada armed standoffs have been granted pretrial release with conditions. Some of those, like Jon Ritzheimer — who is facing charges for his participation in the January takeover of the Malheur National Wildlife Refuge, outside of Burns, Oregon, have had their release terms modified. The modification allows Ritzheimer, and others, to once again frequent social media, and other online platforms.

The modified terms Ritzheimer has acquired, now allow him to publicly discuss his case.

The modifications, as shown in the May 2, court document below, are two rather simple bullet points reflecting the change.

On Wednesday, during the live broadcast of Challenging the Rhetoric, with guests AZ lll% leader, Mark McConnell — Ammon Bundy’s driver on the day of his arrest, and Veterans on Patrol founder, Michael “Lewis Arthur” Meyer, Ritzheimer was apparently listening in. He’d remained quiet until Arthur went live with me in the second half of the show.

Ritzheimer could not contain himself and began commenting in the listener chatroom trying to negate claims made by Arthur. 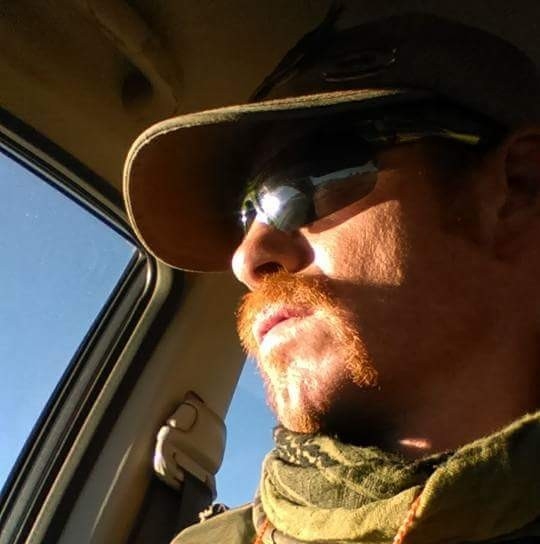 Arthur and his team arrived in Burns with the intentions of getting Operation Mutual Defense (OMD) leader, Ryan Payne, to leave the refuge and/or to get women and children out safely. Payne is known as a hot-head with a mission of violent revolution.

Payne too, is facing charges for his participation and planning of the Malheur takeover; and facing even more serious charges for the 2014 Bunkerville, Nevada Bundy Ranch episode.

Ritzheimer’s first comment to the chatroom appeared to be an attempt to correct Arthur on his military divorce stats by dropping this link during the on-air discussion.

But, it was when Arthur mentioned the widely publicized physical ‘brawl’ that took place in the early days of the refuge takeover, outside of the entrance to the Malheur refuge, between himself and others, that he finally had something to say. 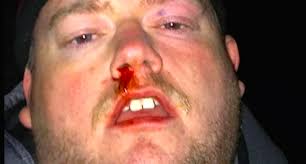 In the altercation, one man, Jeff Kagan, had to receive emergency medical care after being ‘sucker-punched’ by Arizona right-wing extremist, Stanley Blaine Cooper, another co-defendant in the Oregon federal case against the armed occupiers.

Recounting the details of this incident, Arthur, also known as “Louie Prepper”, stated that AR-15’s etc. were pointed at them during the dispute.

“I wasn’t trying to get anyone in jail, but I was very upset, that some of the militia members, that I had known out there, that know me, that they would point their AR’s at me. Sight me in on their guns. Knowing that I’m unarmed.”

Ritzheimer, wanting to counter Lewis’s assertion, stated in the chatroom,

“No guns were ever pointed at anyone!”

I made Arthur aware of Ritzheimer’s comment when it came through and asked him to address it.

Lewis pointed out Ritzheimer can say what he wants, but,

“Jon wasn’t there, down there, when the assaults were taking place, so I don’t see how he can say any guns weren’t pointed at us, when he wasn’t there when Blaine Cooper was punching on my staff.”

The Bundys, Ritzheimer, the other co-defendants, as well as their followers, and their attorneys, have all insisted the occupation of the bird sanctuary by armed militants, was nothing more than a peaceful protest.