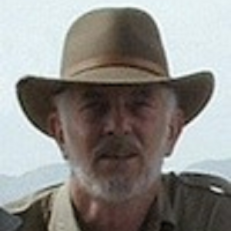 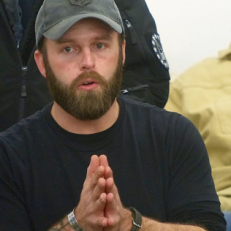 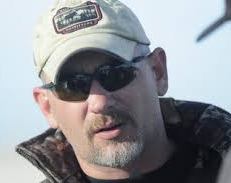 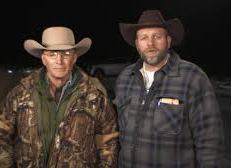 As the document reads, the two specifically discussed the actions of Arizona lll% leader, Mark McConnell, among other things.

On January 26, McConnell was driving his Jeep en route to a meeting in John Day, Oregon with passengers Ammon Bundy and Brian ‘Booda’ Cavalier.

When a felony traffic stop ensued, McConnell immediately pulled over and followed Oregon State Police (OSP) instructions, as did the others in his vehicle.

The same cannot be said for the second vehicle driven by Robert “LaVoy” Finicum.

Payne was one of LaVoy’s passengers and jumped out of Finicum’s vehicle before Finicum put the pedal to the metal speeding away from the felony stop with his three remaining passengers, Ryan Bundy, Shawna Cox, and Victoria Sharp.

In an episode of #CTR, McConnell comically claimed Payne went head-first out of the truck’s window; however, the Deschutes County Sheriff’s  incident report states Payne “shut the door” when he exited the vehicle.

The passengers from both vehicles were participants in the armed occupation of the Malheur National Wildlife Refuge (MNWR) outside of the town of Burns that began on January 2. The occupation lasted 41 days.

Finicum continued barreling down the highway until he encountered a roadblock, which he tried to bypass before getting his pickup truck stuck in the snowbank. There is video available from in and out of the vehicle.

Finicum was shot and killed minutes after exiting his vehicle while he repeatedly reached for the 9mm handgun he had cradled  in a makeshift pocket of his jacket.

With the exception of LaVoy, McConnell, and Sharp, all of the vehicle occupants were arrested and charged with conspiracy to impede federal employees.

Internet talk show host, Pete Santilli was also arrested, under the same charge, that same evening at another location.

Immediately after the arrests, accusations were flung, particularly at McConnell who was being fingered as a ‘Fed’.

McConnell has vehemently denied those claims, posting to social media, making explanation videos, and appearing five times on the Challenging the Rhetoric podcast, in an effort to voice his opinion, state his case and potentially,  clear his name (1, 2, 3, 4, 5)

In addition to revisiting McConnell’s on-site actions on January 26, Hunt and Payne also discussed looking into McConnell’s background, according to the document.

What were, or are, they looking for?

Digging Deep, No Diggity, No Doubt

Many people have investigated McConnell to various degress since January 26. And, many theories and fables surround the man who potentially saved many lives by getting dozens of people to leave the refuge during the two trips he made from Arizona to Oregon during the takeover.

According to McConnell, Payne was his deepest concern in the Malheur situation.

This sentiment was repeated by many other militia leaders like Melvin Lee, and Lewis Arthur. Just as it had previously been by others in other encounters involving Payne.

He Said, She Said, They Said

McConnell isn’t the only one the haters are gonna hate.

Payne himself has been accused of being FBI, JTTF or at the very least, a CI or confidential informant. If Payne is, he is deep undercover, and at this point, his only logical target would be Hunt himself.

Other co-defendants, Peter Santilli, Jon Ritzheimer, and Stanley ‘Blaine’ Cooper, have also been accused of being Feds or CI’s at one time or another. Now that plea deals are rolling out, much speculation continues to swirl. Cavalier  too, is set to change his plea Wednesday, June 29.

The I Didn’t Do It Defense

Is McConnell a Fed like many want to, or do, believe?

How much would it really matter to the defense if they were?

The defense would like nothing more than to claim ‘éntraptment’ by disclosing the Fed Ops and informants involved in the investigation. It is assured there were many and that defense could be helpful …

But, did these men and women not make, and still continue to defend, their own choices and actions with passion, vehemence, and utter denial of any wrongdoing?

*The document, filed by Payne, was part of a complaint by Payne that his communications from jail were being monitored.