Oregon Standoff co-defendant Jason Blomgren was the fourth person to plead guilty to conspiring to impede federal officers from doing their work at the Malheur National Wildlife Refuge (MNWR) in Harney County, Oregon. Blomgren provided security patrols and guard duty while carrying a .40-caliber Smith & Wesson handgun among other weapons during the 41-day heavily armed occupation.

Blomgren’s court-appointed attorney in the Oregon case, Robert Rainwater, said Blomgren holds a permit to carry a weapon and presented it to the judge when asking for his client’s pretrial release. How Blomgren acquired a permit is still a mystery considering he was banned from owning a weapon, stemming from a February 2010 arrest where he was charged with felony domestic battery by strangulation.

Snippet from the 2010 Florida Injunction:

Help From a Friend?

While at Malheur, Blomgren had at least two encounters with embattled Sheriff Glenn Palmer, Oregon’s “Constitutional Sheriff” who had shown support for the Bundys and their occupation of the bird refuge.

Palmer has deputized at least 65 citizens in Grant County. Les Zaitz, for the Oregonian, reported that Palmer’s deputies “have ID cards and special access to government land that’s off-limits to most.  Some have badges.”

Palmer is currently under investigation.

Did Palmer help Blomgren get a gun permit?

Blomgren first arrived at Malheur by January 10 and stayed at the refuge until after the January 26, arrests of occupation leadership and the shooting death of rancher LaVoy Finicum. Blomgren later attended Finicum’s funeral in Utah before receiving sanctuary at the Bundy Ranch in Bunkerville, Nevada.

He was arrested on February 11, three days after the above post.

Less than a month later, on March 9, Blomgren was granted pretrial release with GPS-monitored home detention in his parents North Carolina residence. There was no mention of how he had a firearm and acquired the permit Rainwater allegedly presented to the Court.

By June, Blomgren had negotiated a plea deal.

Now, Blomgren is a witness for the prosecution, seemingly testifying against an event he was an exuberant participant of and the very people he had previously whole-heartedly supported. 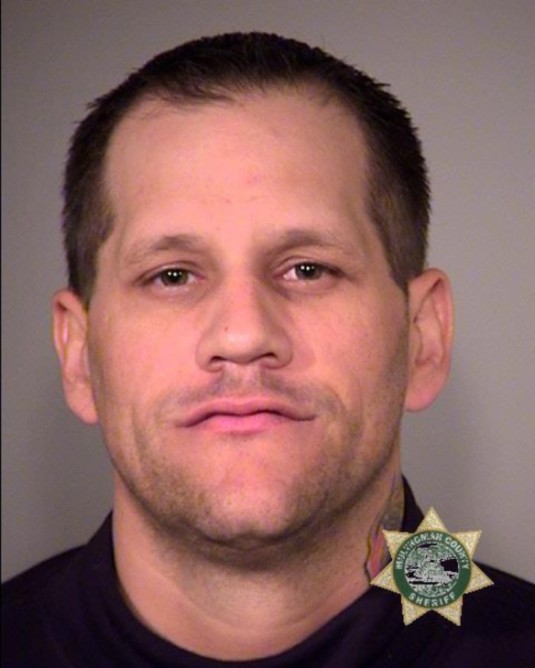 There is little doubt Blomgren’s maneuver to testify against his so-called brothers-in-arms is part of an effort to save his own ass, however, it is unknown what specific information Blomgren will share against any of the co-defendants facing trial next week.

In early statements after his arrest that were submitted to the Court and those made to media, Blomgren was the first of 26 defendants charged in the alleged Oregon Standoff conspiracy to admit possession of and plans for explosives by the militants. According to an anonymous source from the refuge, co-defendant Ryan Payne, Bundy’s tactical leader for the January occupation, explosives indeed existed as did a plan to use them as an offensive, not a defensive, and Blomgren was one of Payne’s men.

Explosives aside, what is known is that Blomgren has more than a checkered past and an ex-NYD father, who according to several family members, has helped keep him out of trouble many times along the way. When Blomgren was arrested after attempting to strangle his brother in 2010, there wasn’t much his now retired father could do to help.

On the afternoon of February 21, 2010, Hernando County, Florida sheriffs arrived at the home of Scott Blomgren. Scott is the older brother of Jason Blomgren.

When Jason was pulled off of Scott, Jason then threatened to burn their house down, and them with it. 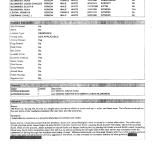 Their sister Jennifer Lentini was also present along with several other witnesses to the altercation. Jason had assaulted his brother, holding him on the ground strangling him with his bare hands. Although Lentini was a witness to the crime, and was at one time estranged, she is now a supporter of her brother and has helped Jason maneuver social media since his arrest and release for the 2016 Oregon charges related to the Bundys.

There is much turmoil in the Blomgren family and several members have been under arrest at one time or another. Often for crimes against one another.

Blomgren Banned From Owning a Gun

Due to this incident, both Blomgren brothers were banned from ever owning a firearm. 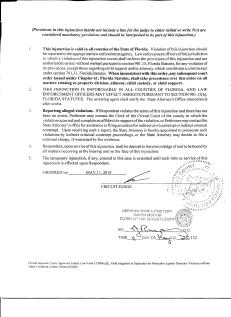 2013 Possession of a Stolen Weapon

Three years later, on May 3, 2013, Blomgren was again arrested violating the firearm injunction against him. He and three others were taken into custody after walking out of a dollar store, located in Marble North Carolina, without paying. They were found to have a stolen gun in their possession and all four were incarcerated in the Cherokee County Detention Center. 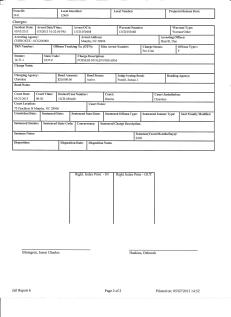 Jason Blomgren’s current deal with Federal authorities in the Oregon Standoff case may have as much to do with his previous charges and his acquisition of a weapon while in Oregon, as it has to do with anything at that happened at Malheur. The same could be said for co-defendants Blaine Cooper and Brian ‘Booda’ Cavalier, who have also pleaded out with 8 others.

The first Oregon standoff Trial is set to begin September 7, with a second slated for Valentines Day 2017. Several co-defendants are also charged in Nevada for the 2014 Bundy Ranch standoff.