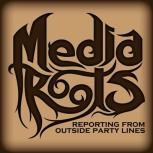 Join Cheri Roberts THURS. March 16 @ 6pPST/9pEST with guest Abby Martin to discuss how the hell we got President Trump and why we need to continue to #resist this administration. As an activist, Martin walks her talk. As a journalist, she backs it. Martin understands what real “Advocacy” journalism means and what it takes to deploy it. She is the creator/director at The Empire Files, the founder/editor-in-chief at Media Roots, and the former host of RT’s Breaking The Set. She is also a talented artist.

Over the past decade or so, Abby and I have witnessed first-hand the rise of this modern #cult. The very people who screamed of tyranny and #FakeNews are the very same who voted for tyranny and fake news. Talk about self-fulfilling prophecies.

You have questions, we have answers. Let’s challenge the rhetoric!

No political endorsements. No corporate dollars. No hype. No lies.