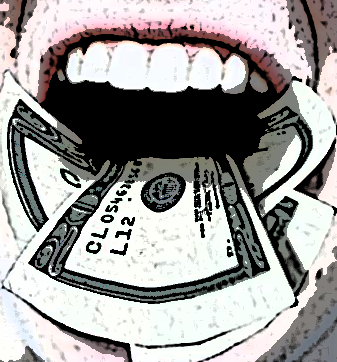 by Cheri Roberts, Challenging the Rhetoric, The Guerilla Media Network

Keyboard cowboys are cheaper than a dime a dozen in this messed up economy. Most everyone is feeling the pinch of the would-be pretty penny yet we all [yes, all] still find ways to justify little [and big] expenditures, sometimes rather consistently. Hardly however, are these ‘investments’ going towards those things that back-up and support the issues we so prolifically post, opine and even destroy relationships over. If the minutes we spent online supposedly fighting the good fight were dollars we might finally get somewhere.

You do not need to be a ‘political’ activist, or any kind of ‘activist’ for that matter, to fall into the category to whom I’m preaching. Every one of us has hot-button issues we care about and whether it is a YouTube video, news headline, or our own opinion on things that matter [to us] we tend to tell the [cyber] world  all about it via our social networks.

It’s a real cycle and the one in it [yeh, you] can feel quite accomplished, even ‘tired’, from all of their effort and activity, but …

These Shoes Are Made For Walkin’ 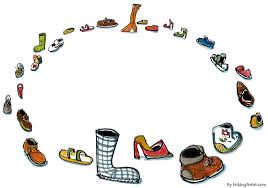 When was the last time you walked that talk? Grab your shoes baby, we’re going for a walk.

Look at your Facebook [or other primary social network] wall … what were the last three issues or topics you posted anything about that you are passionate about and feel the deep need for awareness or change? Was it the state of education in this country or maybe just your child’s school district; maybe it was something about Monsanto and Genetically Modified Foods (GMO) or Vaccines, endless war or taxes; the homeless and hungry, corrupt governments, police brutality, immigration or religion; elections, disasters [natural or otherwise], human rights, black rights, gay rights, civil rights, animal rights; the Constitution and your right to free speech, bear arms and  say ‘amen’ …

Whew! There’s a lot to consider, but haven’t we ‘considered’ it all long enough? When does consideration move into action?

Right now, I hope. When I told you to grab your shoes it wasn’t to take a walk in the park. You’re going to the bank pal.

When was the last time you gave even $5 to a cause related to your endless social media clamoring?

Ahck, before you go off all butt-hurt and hell-bent about what is or isn’t in your wallet, just hush. Leave your wallet in your pants [or purse] for now and read on.

Words, spoken or shared digitally may be able to travel far and wide quickly, become viral even, but they are just words and words are cheaper than ever these days [ask any writer trying to pay the bills by writing words]. Words can only do so much and when everyone is basically talking to what amounts to an echo chamber of others just like them, well, we really have got it all assbackwards.

There’s little question we segregate ourselves by connecting to predominately like-minded people on social media. There’s nothing wrong with that, although remember our worlds are as small as we make them. Educating masses about your issue — to those that are not already of the same mind, is next to impossible with this model however, collectively gathering resources to positively impact those things you have in common is where the strength of that sort of digital community lies.

How does a loving father tend to his dying baby girl if those who support his efforts merely smile, post and say, “good on you #FearlessFather, good on you”?

How does the epidemic of police brutality in this country get addressed in any real and meaningful way if all we do is debate race over events like Ferguson?

How do United States Veterans own a piece of the national conversation if all we give them is a free soapbox on the nightly Facebook wall?

How does independent media standout and operate when their supporters give them a “Like” instead of a broadcast bullhorn?

When we reinforce the power of our words with the power of our [collective] wallets change then has an effective avenue by which to travel. Sadly for many causes and organizations, there have been few — if any, notable ‘money bombs’ of support.  Money talks louder than the wagging of our tongues or our key-tapping fingers because money makes things happen; it enables things that words alone cannot.

It would be great if making change didn’t come with a price tag, but it does. sad fact number a gazillion. Unfortunately there are expenses for those leading the charge on the issues that matter to you, whatever those issues may be. You need to remember that a ‘like’ or ‘share’ isn’t going to pay that fine, rent that camera equipment, buy advertising, purchase broadcast air-time or software, pay for websites and those that build and manage them, etc., etc., etc..

The $5 ‘Challenging the Rhetoric’ Challenge

It may be hard to believe that $5 can make real change, but just like pennies, nickles and dimes, it all adds up. By utilizing the proverbial choir it can really add up. It just takes you.

Crowdfunding campaigns are becoming popular and they are generating hundreds of thousands of dollars for people and projects, but they are heavily relying on absolute strangers they have little or no connection to.  This is OK, but it’s impersonal. Ironically, many of you have donated to such things, but you have not donated to the very things we’ve discussed here; things that are personal and matter [to you] being addressed by people you do have some sort of tie to.

So here is the challenge. Challenging the Rhetoric is asking you to put your money where your mouth is and really walk the walk with us, even if it is just this once and even if it is just $5. You don’t have to donate it to support our show particularly, even though we have made it one of the four options we’d like you to consider. If you would rather support one [or all] of the other causes below, that’s OK too. What matters most is that you do it and be a part of making more measurable change.

You Get What You Pay For. Pay For Change

While there are many great causes you can otherwise choose from, might we suggest these four awesome people, projects or organizations that are in need of an immediate no-strings-attached money bomb right now. If each and every one of you gave even only $5 to one [or all] of the causes below, their impact would resound. 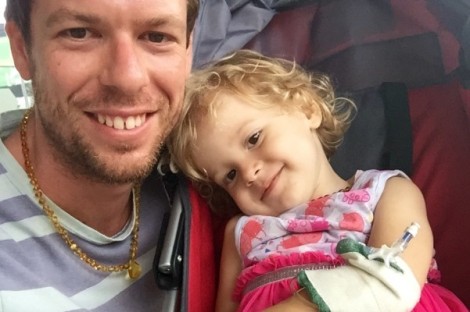 Father of 2-year-old stage 4 cancer patient, Rumer Rose, was jailed for giving his daughter quality of life enhancing and possibly life-saving medicinal cannabis oil. The Australian police arrested Koessler for giving a minor a dangerous drug that their own government is in the process of trying to legalize.

If you would like to support Adam Koessler and Rumer Rose and the continued forward march of medical marijuana, please send a donation today. Every little bit helps:

Find the #FearlessFather Facebook page HERE and if you haven’t already, go ahead and sign the Change.org petition HERE. 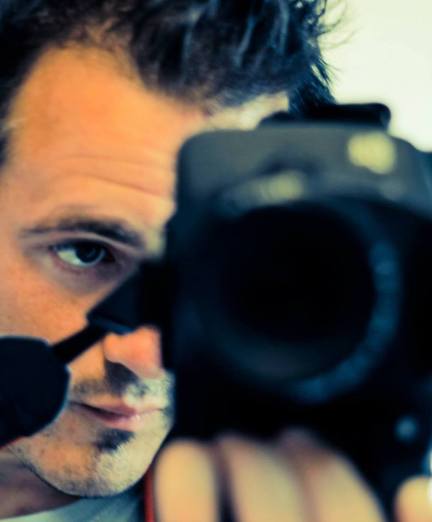 Black & Blue is a documentary about injustice and police brutality written, produced and directed by filmmaker Dylan Avery. In a country where every state is rapidly becoming a ‘Police State’ where brutality and excessive force is at epidemic levels, Black & Blue is a film that takes us into the heart of the issues that drive law enforcement officials over the line of duty and into the line of fire by way of public opinion and legal discourse.

Black & Blue is not a cop-bashing film by any means and delves into the psychological issues many law enforcement officials suffer from, societal changes and ways to revert those who wear our uniforms back into the “Peace Officers” they once were.

Please take a minute to make a much-needed donation to support the continued making of this very important film.

To make a donation via PayPal: iamdylanavery@gmail.com

Iraqi Veterans Against the War (IVAW):

Iraq Veterans Against the War (IVAW) was founded by Iraq war veterans in July 2004 at the annual convention of Veterans for Peace (VFP) in Boston to give a voice to the large number of active duty service people and veterans who are against this war, but are under various pressures to remain silent.

From its inception, IVAW has called for:

Immediate withdrawal of all occupying forces in Iraq;

Reparations for the human and structural damages Iraq has suffered, and stopping the corporate pillaging of Iraq so that their people can control their own lives and future; and

Full benefits, adequate healthcare (including mental health), and other supports for returning servicemen and women.

Go here to see how to make a donation directly to this wonderful organization of Veterans.

Challenging the Rhetoric (CTR) is first and foremost an independent media outlet with no corporate advertisers or sponsors. The show’s message is pure and free from outside influence.

CTR is a news analysis show that covers timely stories with relevant discussion and listener participation. The show is co-hosted by Anita Stewart & Cheri Roberts who are joined by special noteworthy guests. Hosts take calls and run an active chat room during each LIVE broadcast in addition to posting on social media. All shows are archived after each live broadcast.

CTR also maintains a robust website on the WordPress platform where numerous original articles are published each week. They also engage on and manage several active social media accounts.

Please make a direct donation via the CTR Go Fund Me account HERE to support the show’s efforts and help cover the costs of broadcast air-time, webhosting, writers, marketing materials and other things that are necessary to continue to grow. Email us at challengingtherhetoric@gmail.com or use the contact form found at http://www.ChallengingTheRhetoric.com.

Everyone can find $5. Even you.

Please also read other articles published by Challenging the Rhetoriccontributors:

3 responses to “PUT YOUR MONEY WHERE YOUR MOUTH IS: Start Walking the Walk, Not Just Talking the Talk”